EURO is over, homophobia unfortunately not!

Euro Pride House 2016 and many more activities against homophobia at this years' European football championship. 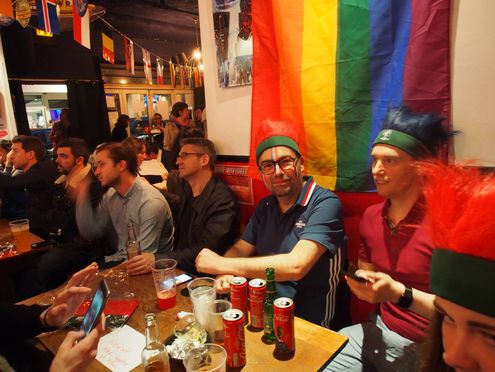 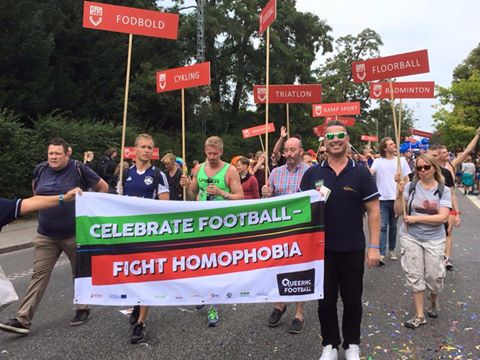 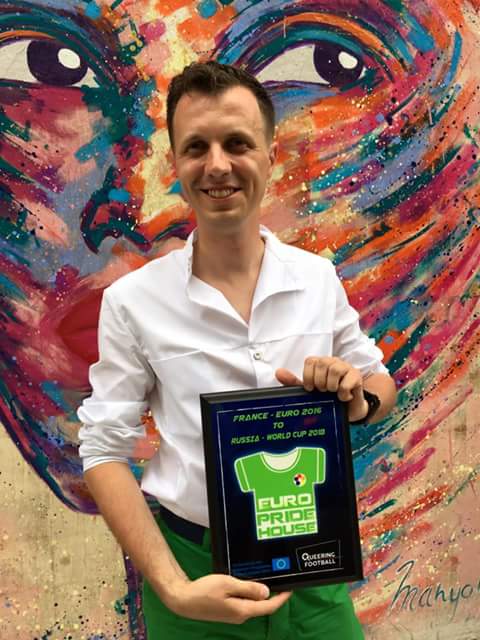 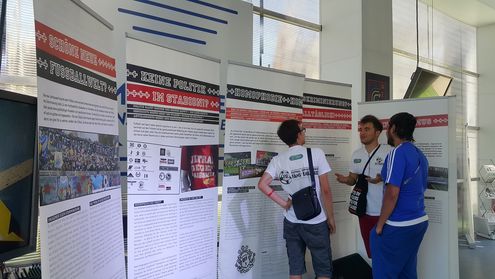 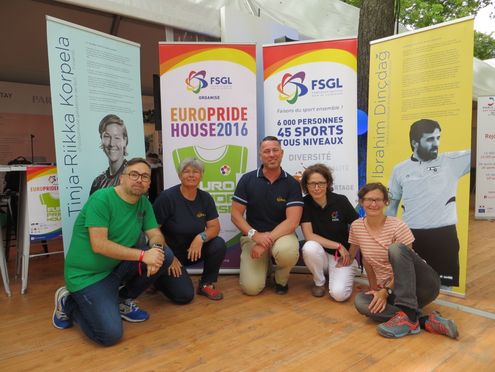 Project partners in front of the new LGBT-portraits

At least on a political level UEFA EURO 2016 saw a lot of highlights: From 10 June to 10 July awareness on homophobia in football was raised and actions to tackle discrimination in football were implemented. All these activities are part of the European project „Queering Football – Tackling Homophobia and Promoting Anti-Discrimination around Major Sport-Events“ which is coordinated by fairplay-VIDC.

Supporters groups, LGBT activists, sport organisations, NGOs, athletes and (local) institutions have communicated a clear message for equality  and against chauvinism. Through discussion events, football tournaments, activities in the fanzones with and for fans, conferences and the distribution of campaign material, the EURO was used as a platform to sensitize the football community  and the media on homophobia and related forms of discrimination. During the four weeks of the tournament a Euro Pride House, organised by the French LGBT sport federation FSGL, was opened in 4 host cities, including Paris, Nice, Lyon and Marseille. A lot of different activities did take place there: debates, exchange meetings between queer football supporters and public viewings of all matches.

A Pride House is a safe space for Lesbians and Gays where nobody has to hide and diversity is celebrated. People can inform themselves on homosexuality, stereotypes are reduced and awareness on the issue of homophobia is raised. In particular football can still be an intolerant place where sexual minorities need to be protected.

In particular fans demonstrated their commitment for a football culture free from harassment. A discussion on the issue of homophobia did take place in Lille as well as a conference on fan culture in St. Etienne. In the framework of the „Respect Fanculture“-programme of Football Supporters Europe (FSE) a special fanzine and other campaign material were distributed at the fanzones of all host cities.

Also an extended version of the exhibition „Against the Rules – Lesbians and Gays in Sport“, produced by EGLSF, was on display. A main focus of the exhibition is to address homophobia through making LGBTIQ athletes visible. With the support of Queering Football two portraits have been added: Bayern Munich’s goalkeeper Tinja-Riika Korpela and the Turkish referee Halil Ibrahim Dinçdag.

The peak of Euro Pride House and the whole anti-homophobia activities around EURO was in running up of the final match between France and Portugal on 10 July: the rainbow flag of Euro Pride House 2016 was proudly handed over to Alexander Agapov from the Russian LGBT Sport Federation in a ceremony. The forthcoming FIFA World Cup 2018 will be hosted hosted by Russia. Due to the homophobic laws and the general anti-gay atmosphere in Russia, hosting explicit anti-homophobia activities like in France will be a big challenge. At the same time such programmes are more necessary than ever. Human rights and anti-discrimination standards should be a must if a country is going to host a mega sport event – this is one of the big aims of the Queering Football project.

For reports on the EURO nactivities and the Queering Football project in general, go to: